Be Prepared…Creating A Simple Product Requires Tons Of Work.

Be Prepared…Creating A Simple Product Requires Tons Of Work.

As a serial entrepreneur who has designed and created a broad spectrum of products, I’ve had my share of projects that figuratively fried my brain and kicked another part of my anatomy. Planning any major product – and subsequent launch – is like a cosmic to do list that requires you to think through every tiny detail, plan three steps ahead for contingency, and even then…

Having tangoed on the manufacturing dance floor in America, Europe and Asia, I know first-hand how one little slip can end the whole routine. I’ve spent many countless nights thinking front to back how things should flow, the sequence, the orders, the shipments, the revenue…the one tiny misstep that, like a pin to a balloon, will burst the project. All the little devils: the inability to procure parts, the late shipment, the flaw in quality, and on and on, can send your project right to hell.

I’ve insourced and outsourced manufacturing (more for another day), designing and producing high-end speakers, audio electronics, exotic cars, bikes, and even clothing. I had the honor to produce the Art.Engine speaker for Ferrari and working at that level of standard creates a whole new set of rules. There are a lot of moving parts and even the best project management software won’t capture all of them. Why? Because as good as those platforms are, they’re not fortune tellers.

Much to my amazement, I recently discovered that those same principles that apply to launching a major product must be abided even when you think your project is not so major. After 35 years of making some pretty intricate products, I thought I’d design and launch something elegant, yet simple to produce. Elegant, yes. Simple…not so fast. As they say: The devil is in the details! 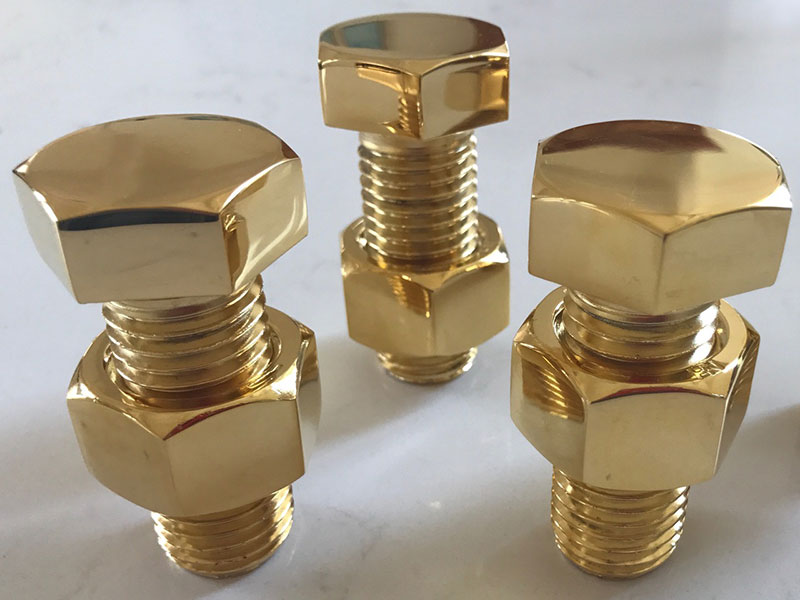 The nut and bolt have been around for a mighty long time. The Romans made it work and I decided to make it gold. One might instantly conjure an image of some guys using tongs to dip these things in a smelting pot of gold. Not exactly. And as much as I assumed this product would not be as complex as my other projects, I soon realized that even with a seemingly (ridiculously) simple product, the devil is still in the details.

As a self-admitted fidgety guy, I’d spent many minutes, adding up to many days, handling nuts and bolts during long meetings and phone calls related to one production issue or another. And before I’d ever heard the term, fidget spinner, I realized how the right size nut and bolt kept my fingers limber and my mind focused. I have always played guitar, performing at a young age, but my finger skills were never particularly impressive or quick. 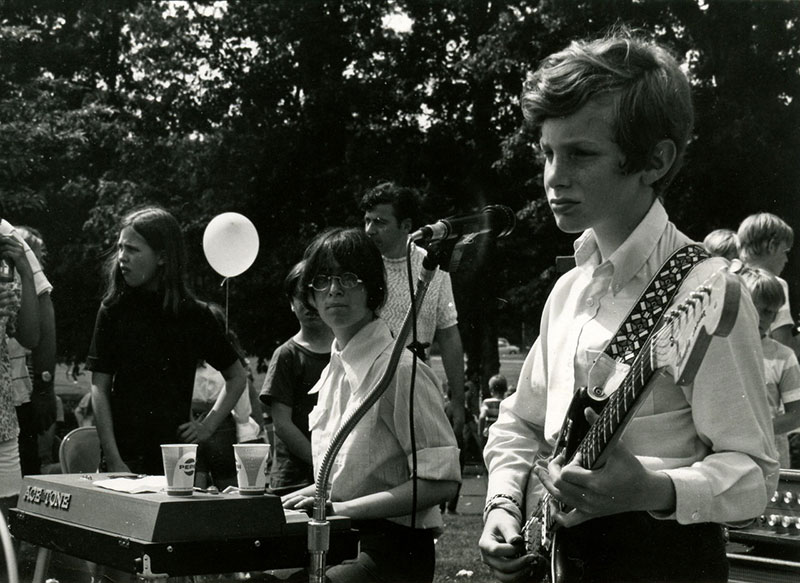 The author and his youthful limber fingers

Perhaps the nut and bolt would limber me up. But the designer in me, and the years of creating exclusive and elegant products, realized that the basic nut and bolt was a bit too industrial as a desk accessory, paperweight or finger candy. After a few turns at the mental drawing board, the Golden Bolt was born. Think 24 karat gold plated nuts and bolts. Elegant. Substantial. Cool. But, if you think it’s a simple idea, think again. 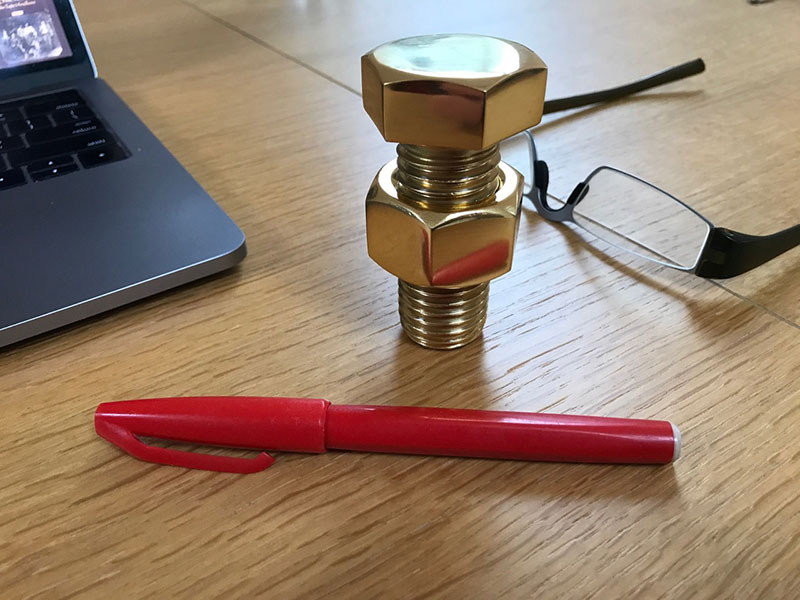 The Golden Bolt is big, solid, and great to fidget with during phone calls and meetings.

Before I realized, my simple idea began to take on the complexity of a major rocket launch. You can’t just use any nut and bolt, it must be proportioned to fit the average hand. The threads must be fine-tuned to ensure ease of rotation. Allowances for plating material thicknesses and variations must be planned. And, no, someone is not just standing around dipping bolts in gold. This isn’t candle-making. And by the way, if you use 24 karat gold (the purest gold on earth) you’d better be sure it really is 24 karats. Then there’s all kinds of polishing and other prep stages, not to mention other pre-plating layers and steps. And laser engraving for the DW “signature” mark.

Oh, and did I mention that this golden beauty needs better packaging and presentation than say, a brown paper bag? Custom-printed tissue papers, special boxes, protective envelopes, mailing boxes, etc. And what about shipping, marketing, PR, free samples, opinion leader lists, databases, distribution, pricing, margin models… Wait a minute – this is starting to sound like…well like every other major product I’ve launched. Maybe just two parts to the product but once again, we are dealing with suppliers, vendors, services, consultants, shippers, online stores, launch efforts, on and on. 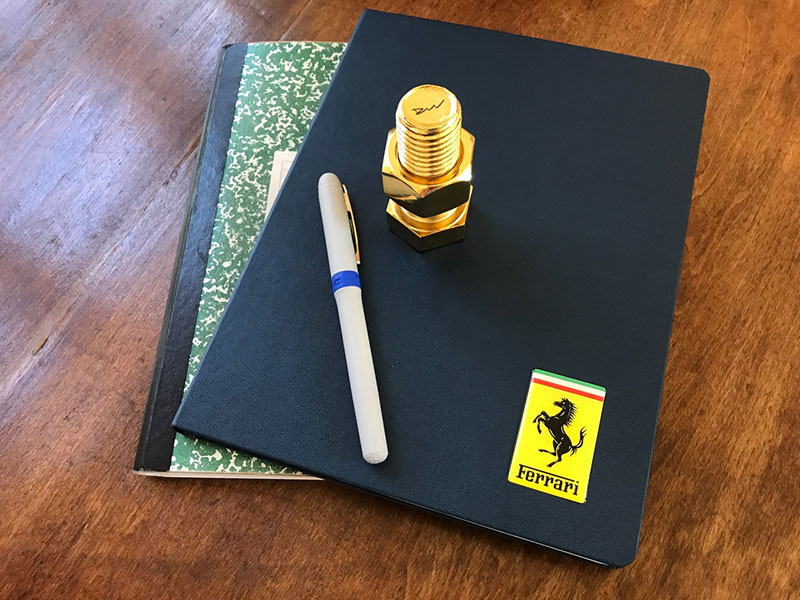 It may look simple but it’s not. Each Golden Bolt is laser engraved with a subtle mark.

These are things so many would-be entrepreneurs and “makers” don’t realize until it’s too late. You see it all the time on Kickstarter and Indiegogo. I’m still waiting for a Kickstarter gizmo I ordered two years ago!

When I conceived my simple product, I had assumed this project was going to require less attention and produce revenues regardless. Then that little demon in the details showed up. We will be launching the Golden Bolt in the next few weeks. By then, we will hopefully have figured out the many details, outsourced services, fulfilment, and social media, to name some of the things bubbling up at this moment.

The moral of the story is not to underestimate the amount of work and the details you need to take into consideration for your product and launch. Whether building a technological wonder, or inventing the next best chocolate bar, there are some integral principals to which you must adhere. As the saying will continue to go: the devil is in the details.

Corporate Culture…Building A Wall or Breaking It Down?

Get A Grip…Uber and Lyft